OpenStack Object Storage, also known as Swift, is the emerging leader for open-source distributed object storage. Swift lets you run a service much like Amazon S3 atop your own hardware, behind your firewall, controlled by you and your organization. ExpanDrive natively supports the OpenStack Swift API and lets you mount your cluster on Mac or Windows just like a network drive – a SwiftDrive. This lets you move data to and from the object store using your existing workflow, your existing applications and your existing business procedures.

Object storage is not a drop-in replacement for existing RAID arrays and other legacy storage products. You can’t just mount a petabyte Swift cluster using SMB/CIFS. There are some gateway products that are starting to emerge, they are an intermediate solution at best. With ExpanDrive you can directly connect to and browse your Swift install right from within Finder, Explorer or any app on your Mac or PC. You can easily offload data or pull in data that is in cold storage.

Here is a video to help get a better idea of what ExpanDrive does and how it works. 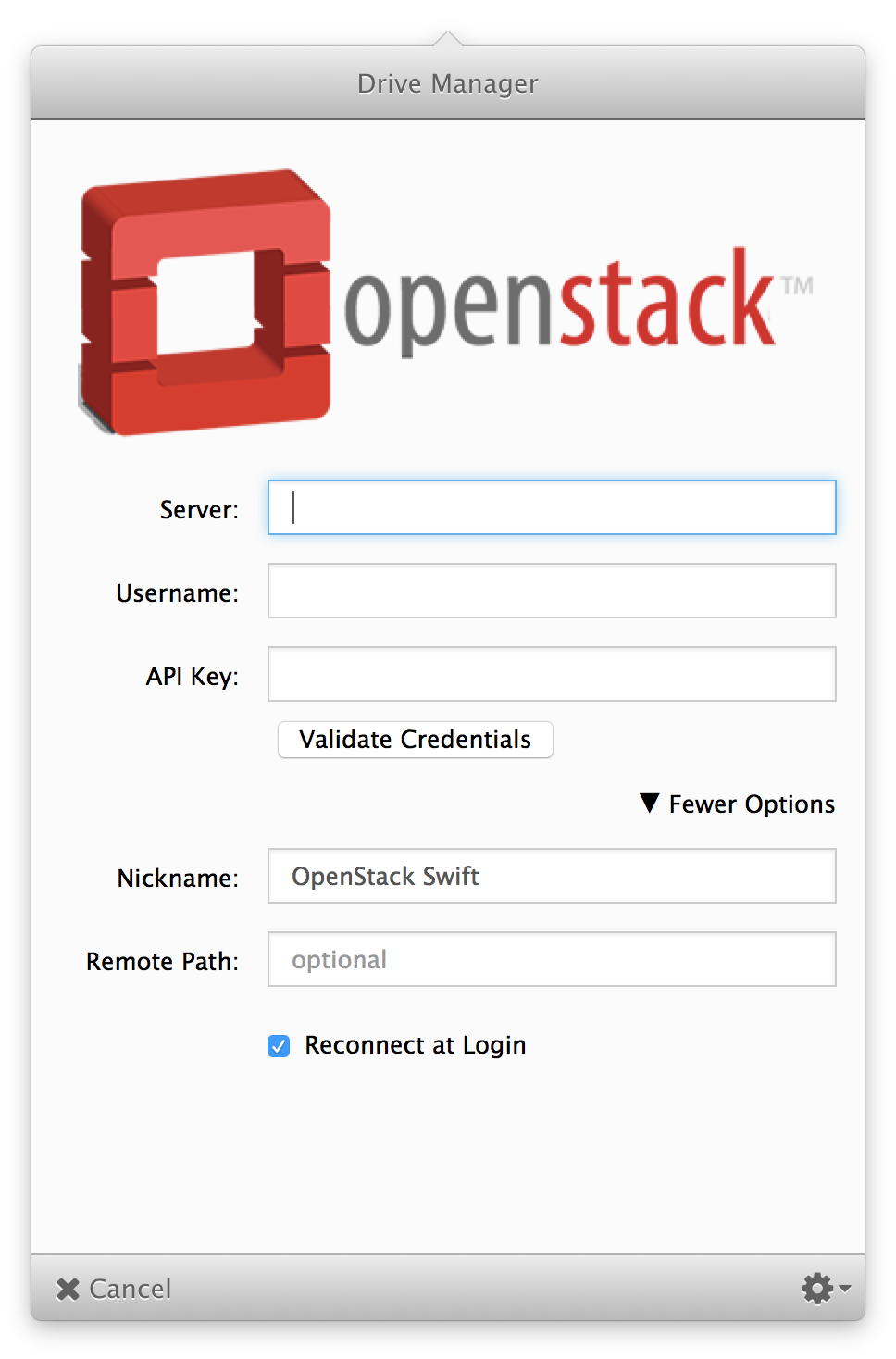 If you enter in a keystone server in the server field [a URL that ends with v2.0] you’ll also see a field to enter your tenant information. Click Validate Credentials to see which storage endpoints you have access to and click connect. You’ll now see a new drive attached to your machine that is directly connected to Swift.

ExpanDrive v4.1.9 is out on the auto-updater. Most notably it fixes an issue that cropped up on the Mac with Dropbox authentication. Upcoming v4.2 will add OneDrive for Business and Azure support as well as improve the write-behind cache further. I’m also including notes from v4.1.8 because there didn’t end up being a blog post on that release.

If you’re a developer there is a pretty good chance that you spend a lot of time in either Sublime Text or MacVim [gVim on Windows] wrangling code. MacVim is one of the most popular and modern incantations of the vim editor, which is itself an improved version of ancient vi editor initially developed by Bill Joy (also popularly  known as co-founder of Sun Microsystems) in 1976. You’re doing something right if your interaction paradigm hangs around for nearly 40 years.

Vim has a robust environment for plugins and a solid community of developers using and creating plugins to extend the functionality. There are a couple plugins out there to connect Vim to cloud storage, like vim-sync but as you can see [at least of the time of this writing], they are fairly spotty. Just hanging out in Github with a few commits and not much maintenance.

Connecting Vim to an SFTP server

Combining Vim and ExpanDrive is a powerful workflow – you actually edit and manipulate files on SFTP/FTP or S3 in real-time from directly within the editor. You don’t need to download the file, edit it, and then re-upload it. Here is a quick tutorial on how to get it going

Download ExpanDrive
First you want to download the latest ExpanDrive release here.  ExpanDrive is free to download and try out and is available on Mac and Windows. While these screenshots are on the Mac, it looks pretty much the same on Windows. 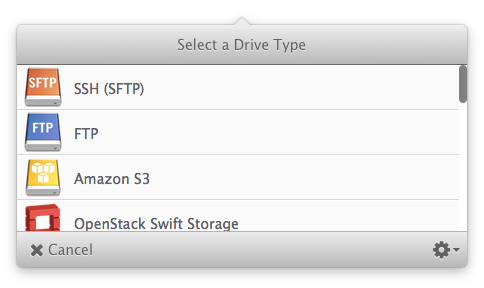 Once you have installed ExpanDrive, you create a mapped drive to the remote server . This screenshot shows how you’d get going to setup MacVim with SFTP. 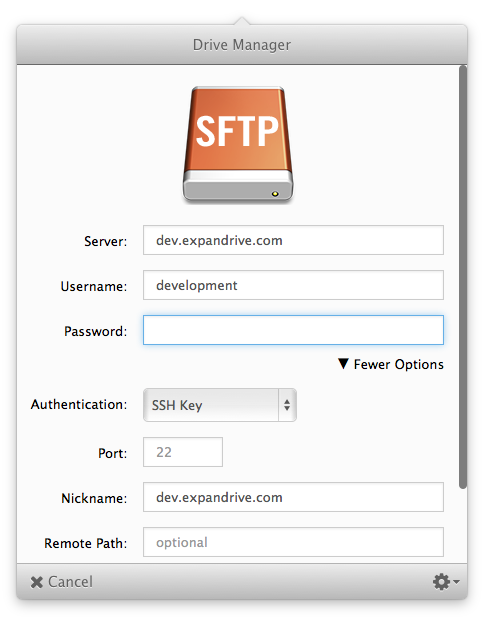 Setup whatever SSH configuration options are needed for your connection, and then save the connection.. We generally use public key authentication combined with Google Authenticator for multi-factor authentication. You can even set a remote path so that you can mount /etc and twiddle configuration files directly. Once you’ve connected you’ll have a network drive accessible that you can easily use to browse the files on the SFTP server. 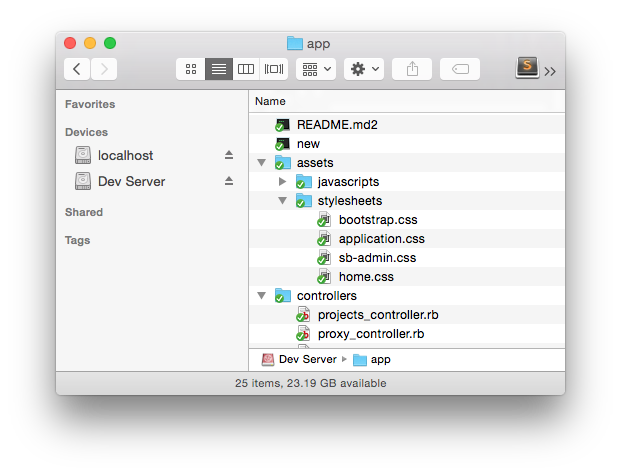 Now you’re ready to start editing files via SFTP in Vim. A nice fork of Vim is the Alloy MacVim fork, which adds a sidebar to browse your project as well as a quick open, among other things. Vim purists will hate this, but I benefit from having a project structure visible.

Now you can edit any file directly within Vim and have the entire tree visible in the sidebar. Like I mentioned above, there are some other options out now for accessing SFTP servers from within Vim, I feel pretty confident that ExpanDrive is the best. We have rock-solid background saves that let quickly save . You’ll have no delay as the file is saved instantly and pushed out to your server in the background.

ExpanDrive v4.1.6 is out on the auto-updater. Most notably fixing Windows XP support, improving WebDAV support on Windows as well as increasing the writeback cache so that larger files can stream in the background. Upcoming v4.2 will add OneDrive for Business and Azure support as well as improve the write-behind cache further.

ExpanDrive v4.1.4 is out on the auto-updater fixing a variety of small issues and improving other bits and pieces. Thanks to all our users who have helped provide valuable feedback and integration testing. I’m including the release notes from the last few builds in this post as well since we decided not to post about those minor updates on this blog.

ExpanDrive 3.0.3039 is out. It’s a minor update with mostly bug fixes but a few notable new features. The Windows client now supports multiple instances in a terminal server environment and the Google Drive protocol will show you “Shared with Me” items as a folder in your root drive.

ExpanDrive now supports connecting directly to Google Drive and Box.com! While both of these services quite obviously come with their own sync client, ExpanDrive lets you connect to them and access all your data from within Finder, Explorer or any app without having to sync the entire contents of the account to your machine. Access everything on demand without taking up local storage.

I’m proud to announce that ExpanDrive 3 has been released. Many thanks to those who participated in the public beta and development process. ExpanDrive 3 sports a beautiful new user-interface and support for many more drive types such as Dropbox, OpenStack, Rackspace and WebDAV. Everything you already love has been improved. Download ExpanDrive 3 from our website or from the auto-updater within ExpanDrive. This update is available to all existing customers for $19.95 through the end of May and free to try out for 1 week. Those who purchased in 2013 are being upgraded automatically for free.

Along with everything you see here, development continues on support for other providers such as Google Drive, Box.com and Microsoft SkyDrive. We post regular updates on our Facebook page and this blog if you’re interested in staying up to date.

ExpanDrive 3 Development build 3017 integrates support for Dropbox! Now you can directly mount Dropbox as a network drive and access all of your files without needing to sync everything down. This is great if you have a large Dropbox and and limited space on your PC. It also let’s you have native access to multiple Dropbox’s on a single machine, something not possible with the official client.

ExpanDrive 3 Development build 3016 adds yet another highly requested feature – WebDAV. WebDAV is a very popular protocol used to help power Microsoft Sharepoint and a raft of other online storage services such such as iDisk/Mobile Me and Golden Frog Dumptruck, one of our favorites.

While Mac and Windows both have built in support for WebDAV it’s usually quite slow and clunky. We’ve given WebDAV the ExpanDrive treatment – extremely fast and reliable. That being said, this support is still fairly new and will likely need some revisions to improve compatibility across the wide variety of WebDAV implementations in the wild.