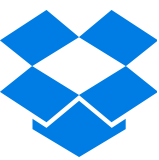 On-demand sync managed by APFS and Spotlight search inside every app on your Mac.

Browse and access every file without taking up hard drive space.

What this means for you: files get downloaded and open when you need them. They don't suck up any free space while not in use. It is fast as if it was local, because it's all on your SSD - not network drive or kernel extension. Strongsync supports SFTP, WebDAV, Sharepoint, OneDrive for Business, Dropbox, Dropbox for Business, NextCloud, Google Drive and Google Workspace, Box with more clouds coming soon.

Strongsync is a beautiful macOS App made with Apple's new SwiftUI 2 interface. It's native for both Intel Macs and Apple Silicon Macs. Our File Provider directly integrates with Spotlight search indexing for content you've browsed or downloaded locally.

We also provide a comprehensive full-library search inside the main user interface that lets you quickly find and open locally any file you have access to remotely. Quickly find what you want by a rapid search through the remote names. Server-side search is the missing piece for most desktop clients, and Strongsync provides both local and remote search.

Up until now, nearly all storage provider apps provided by the vendor relied on operating system extensions known as Kernel Extensions. In 2019 Apple made it officially that these are not going to be supported much longer.

With macOS you must reboot to install them, and on M1 machines you can only install them by rebooting into recovery mode, and then rebooting again. The path forward is through the File Provider interface, which Strongsync is the first to support proving native integration to Box Drive on Apple Silicon, Google Drive on Apple Silicon, Sharepoint, OneDrive for Business, SFTP, WebDAV, Nextcloud and Dropbox.

One of the most unique aspects of Strongsync is that the files you don't needlessly use up any free space on your Mac. Files get downloaded transparently when another app requests them or when you request them in Finder.

APFS, the Apple Filesystem, manages your content and will evict your locally downloaded content if spaces gets low on your device. And soon Strongsync will let you manually pin files to prevent evicition.

Sharepoint is the fastest growing cloud-storage back end, and all of the clients of macOS provide minimal integration without first-class for mapping individual document libraries or sites.

Strongsync lets you select which sites or subsites, even teamsites, you want accessible in your apps. Choose just what you need and ignore the rest.

Deep Integration with Finder and macOS

Strongsync shows up in the Finder Sidebar along with every open and save dialog, in any app. It works with posix apps from the terminal. The on-disk content resides in ~/Library/CloudStorage. Strongsync fully integrates with Spotlight search for content you've previously browsed.

Strongsync utilizes the same high-speed transfer engine developed over the past decade for ExpanDrive. With the File Provider interface Strongsync can upload and download large numbers of files in parallel, achieving dramatically higher performance than any other solution on the market.

For help installing or uninstalling please visit our documentation.

Usage is subject to our License agreement.